The X-VSAT-antenna needed for the critical business communication onboard a vessel should be up and running as much as possible. A yearly inspection of the system is favorable to preventive detect any possible failure of the antenna. Do you need an annual service or fault correction on your #Maritime#VSAT? Contact us now
info@electromarinaservice.gr

Wherever you are in the world, whether you are on land or at sea, experienced KNS’ comprehensive range of advanced stabilized antennas. KNS has expanded its series of antennas to provide a more enhanced service to its customers across a broad spectrum of environments, including On – The – Move, Military, Oil & Gas, OSVs, Leisure, Commercial shipping and Commercial Fishing.
KNS has the capability of providing exceptional military standard service for secure broadband connectivity, voice, data, video and TV Services, at very competitive prices.

Maritime VSAT antennas are parabolic dish antennas which are stabilized so that they can accurately track a satellite while the ship where it installed on is in motion.

Antenna sizes for maritime VSAT usually start at 60cm and can go up to 3m in diameter.  Satmarin has a complete portfolio of antenna models from world renowned manufacturers as Cobham/Sailor, Intellian and KNS, and will advise you on which configuration is adequate for your requirements and possibilities.

Especially at sea you will need to stay within a satellite beam’s coverage to continue to be connected.  The larger your antenna the wider the coverage area will be for a single beam as you will be able to use it of the edge of the satellite beam.  Moreover, a larger dish will allow to continue datacommunication during heavy rain or snow, when smaller models do no longer receive sufficient strength.

Larger antennas cost less in airtime.  When you have a larger antenna the satellite provider will technically need to use less power to send data your way than it would be required if you were using a smaller (60-75cm) antenna.  The standard reflector diameter used in commercial maritime environments is 100cm .

Some Satellite  Internet Service Providers have sized their networks for 100cm and larger antennas, so you might not be able to use their networks due to the antenna being too small.

Smaller antennas have a wider beamwidth (not to be confused with bandwidth) than larger antennas.  When the satellite you are using is (relatively) near another satellite the smaller antenna might cause interference on the adjacent satellite and result in your antenna not being allowed onto the network.

Which solution to choose depends today from commercial and less from technical factors, as no matter what frequency band used – current technologies supply internet services at acceptable quality.

Commercially it is fact that hardware for C-Band is significantly more expensive while its capacity is cheaper. So customers with large bandwith requirements and enough room to install a larger terminal preferably choose this technology.

Ku-Band on the other hand operates with smaller antennas (60-120cm) and less expensive equipment, however the capacity price is higher than C-Band.

Ka-band provides increased spectrum compared to C-band and Ku-band, enabling greater volumes of traffic to be transmitted. Many industries are looking to Ka-band because the smaller end-user antennas (VSATs), increased mobility and higher bandwidths and speeds make the benefits of Ka-band satellite capacity an attractive offering.  Ka-Band does however require better pointing accuracy and suffers more from rainfade attenuation.

While C-Band and Ku-Band  satellites cover most of the world Ka-band spotbeams are still not yet covering all regions you might want to navigate to, so always check which technology is right for you

While the majority of Satellite data communication links still operate in Ku-Band there has been a growing adoption of Ka-Band satellites as well in the maritime world.

While the original concerns of rain fade and pointing accuracy did prevent the fast adoption of Ka-Band in maritime satellite communication it has now evolved and several Operators now offer Ka-Band VSAT service.

The two most prominent offerings are Inmarsat Fleet Xpress  which includes Fleetbroadband backup to cover for the gaps in the global Ka-Band coverage, and Telenor Thor 7 service which covers Iceland to the Middle East and offers speeds up to 40Mbps down.

There are several Antenna Manufacturers offering antennas fit for either platforms.  Models are availbale from Cobham Sailor, Intellian and KNS (expected). 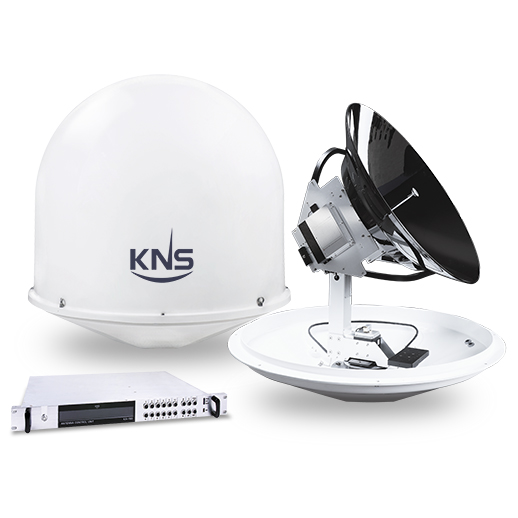 KNS Z10MK4 – DUAL
The Supertrack Z-Series is the perfect solution for high speed
broadband connectivity in any challenging sea condition. We
assure you stay connected wherever you are via on board
networks such as internet access, email, multiple VoIP phones,
video conference and many more.
KNS is your trusted partner in maritime satellite communication
with industry leading technology, state-of-art design in stabilize
platform and highly efficient RF design & performance 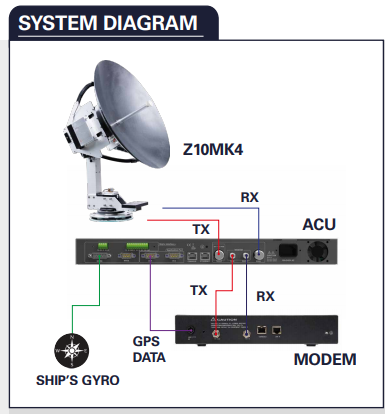 We are serious about our professional services and business. We strive to provide the highest level of support and products. KNS Inc will support its SuperTrack Z-Series products with an exclusive THREE (3) YEAR, 100% Warranty on PARTS from KNS, and a ONE (1) YEAR Warranty on LABOR from Authorized Dealer (Seller). 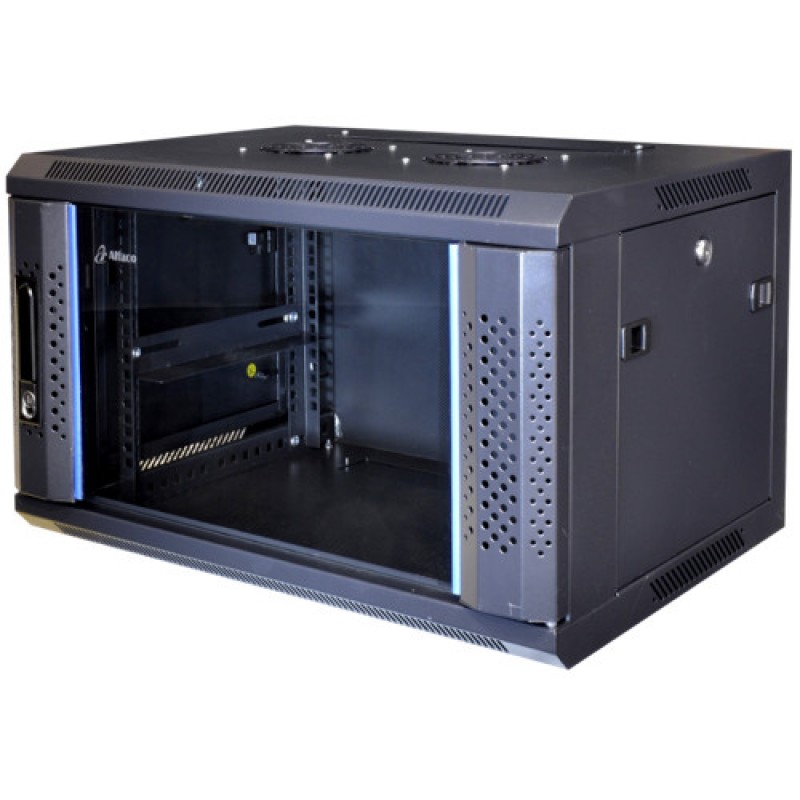 19 inch rack, including a 19 inch plate for installing the VSAT Below Deck Equipment (BDE) in a clean way. The rack has a power connector door which assures less power cables as possible coming from the rack. Furthermore the rack has 2 fans included for keeping the rack and below deck equipment on the right temperature. 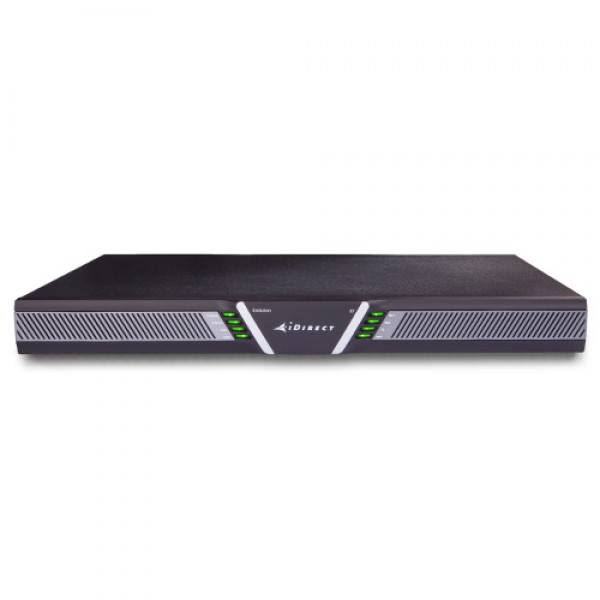 Vessel operators—including commercial shipping, cruise, fishing, offshore and super yachts—rely on satellite to stay in touch with operations on land, increase work productivity and improve the quality of life for seafarers.

The Evolution X7 satellite modem of iDirect can be used for satellite internet via both KU- as KA-band.

The X7 is built on an entirely new multi-core hardware system and optimized to deliver best-in-class DVB-S2/ACM and Adaptive TDMA performance. 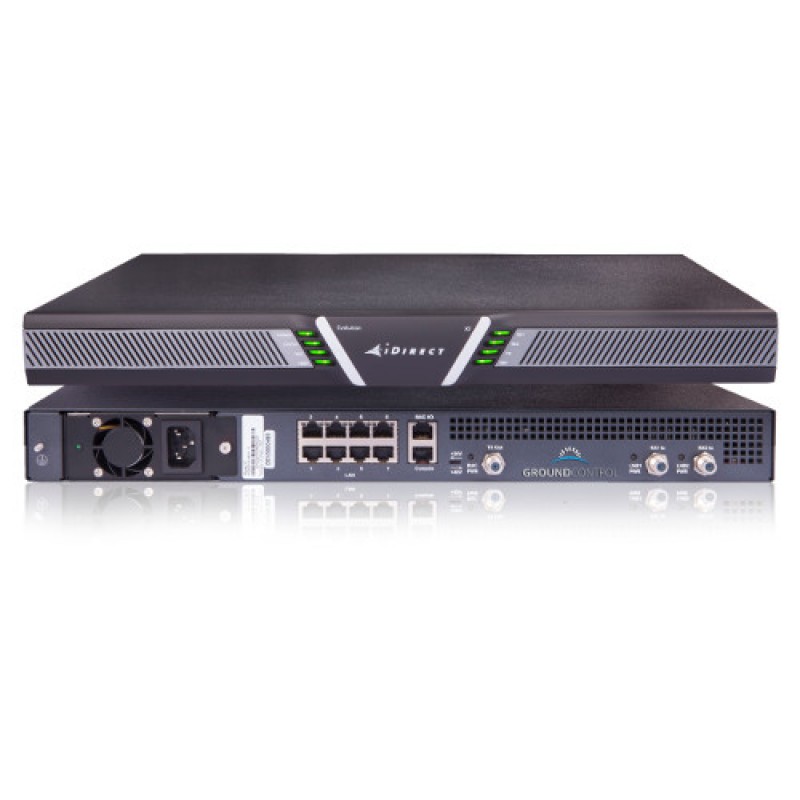 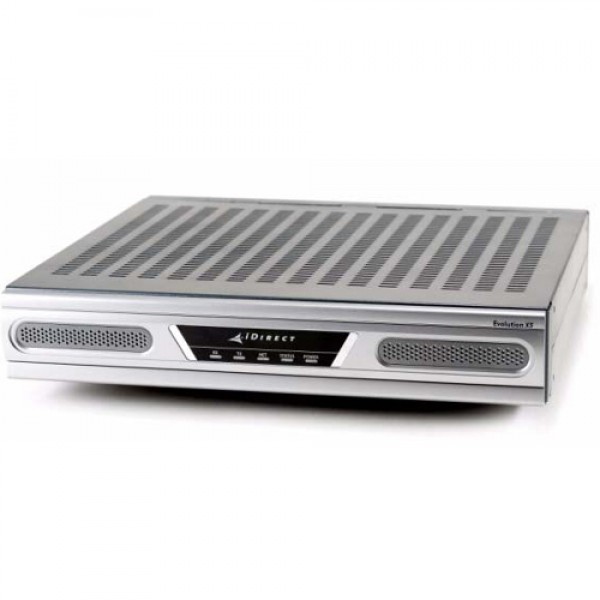 Vessel operators—including commercial shipping, cruise, fishing, offshore and super yachts—rely on satellite to stay in touch with operations on land, increase work productivity and improve the quality of life for seafarers.

Please notice: The Evolution® X5 satellite modem is only suitable for use in combination with KU-band. This modem can not be used for satellite internet via the KA-band. Then the X7 satellite modem of iDirect is recommended. 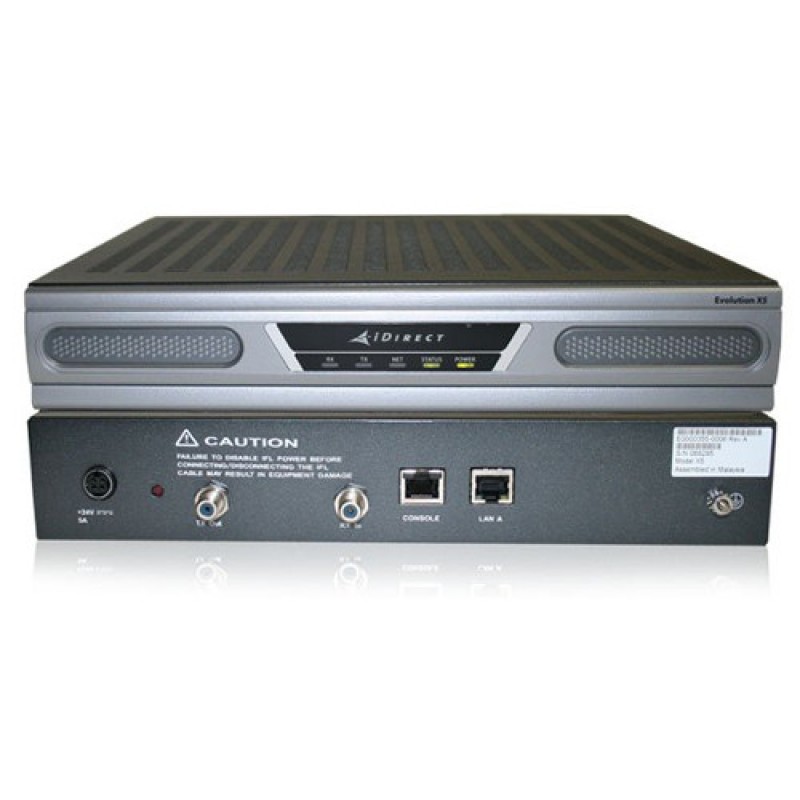 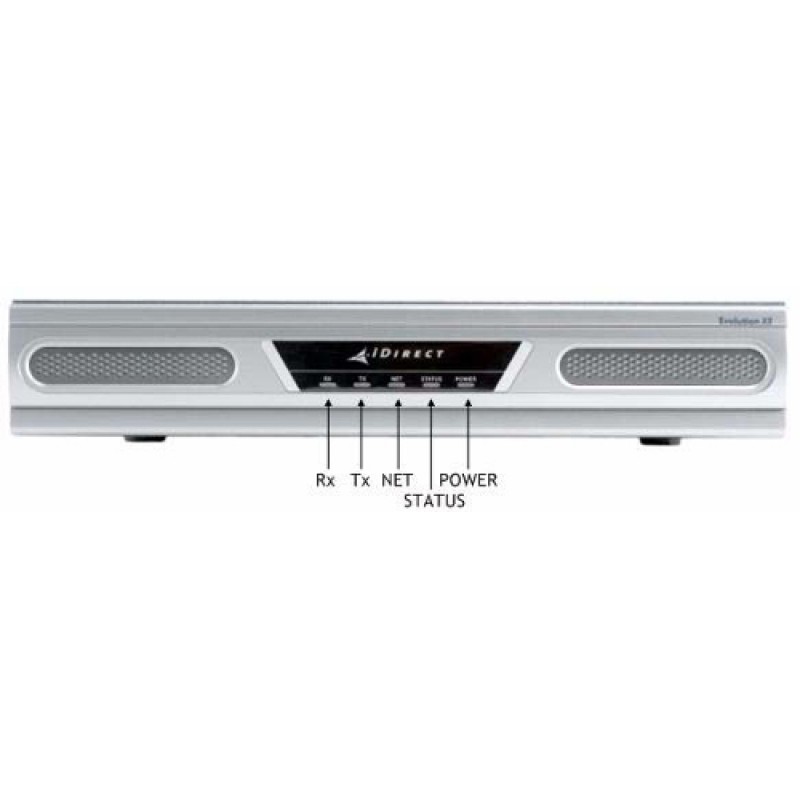 *Not supported for use with DVB-S2 outbound in iDX 3.0 and above
**Optional 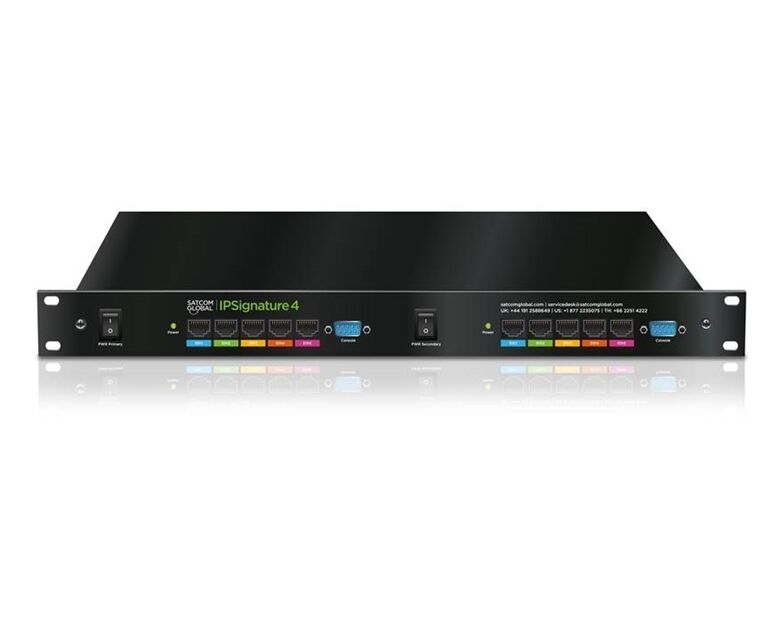 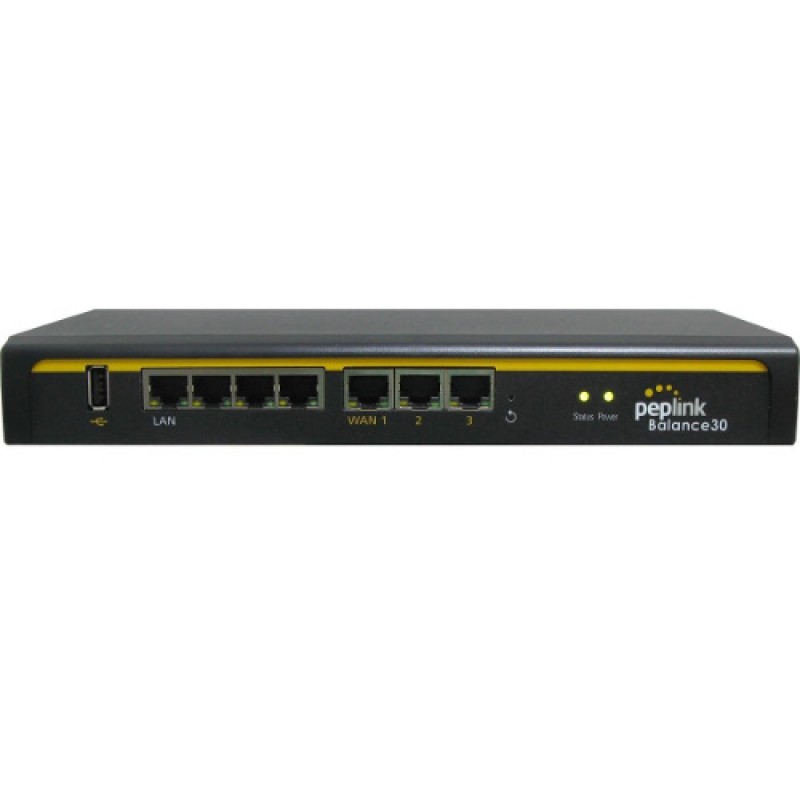 The Peplink Balance 30 LTE router is a very sophisticated multi WAN router with 2 WAN ports, a redundant 4G LTE (2x sim) interface and space for a 3G/4G USB modem for creating a 4th WAN interface. This router is -when installed by one of our -certified- VSAT-shop engineers- mounted in a 19″ rack, togethe with the modem and other required equipment .

Via InControl2 the connection can be monitored and managed remote. Data use can be monitored, settings of the router can be changed and many more. Certain user ‘rules’ can be set, to make sure that on particular areas on the vessel always a satellite internet connection is available. For instance in the captains cabine. It can be set in such a way that particular devices are prioritized above other parts of the netwerk, that’s used for instance by the rest of the crew. In this way the network can be designed in the most efficient way. 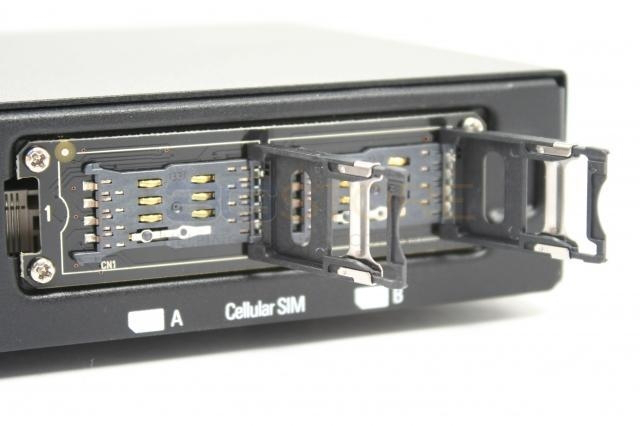 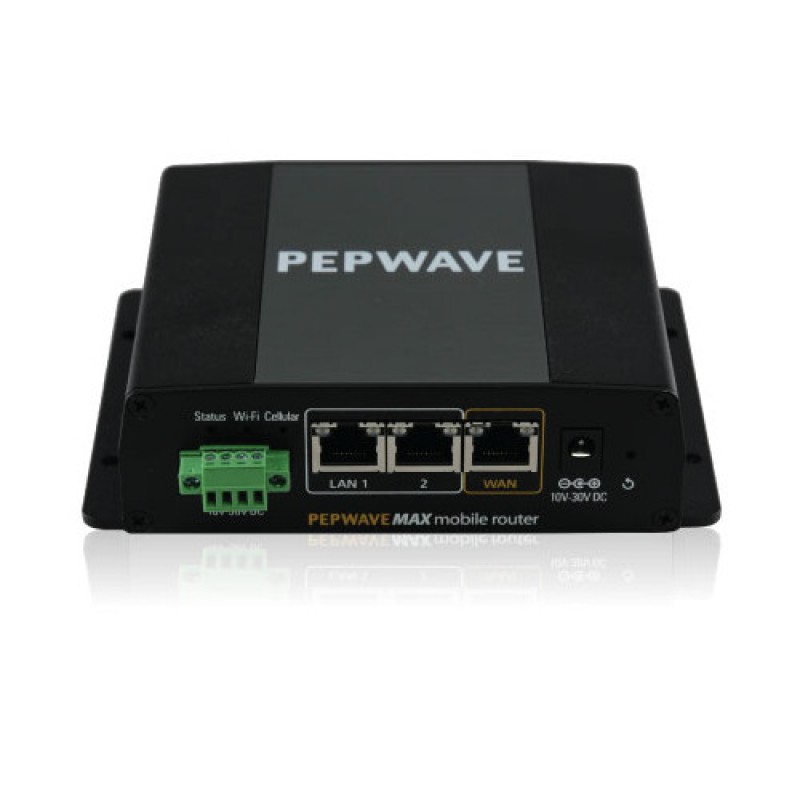 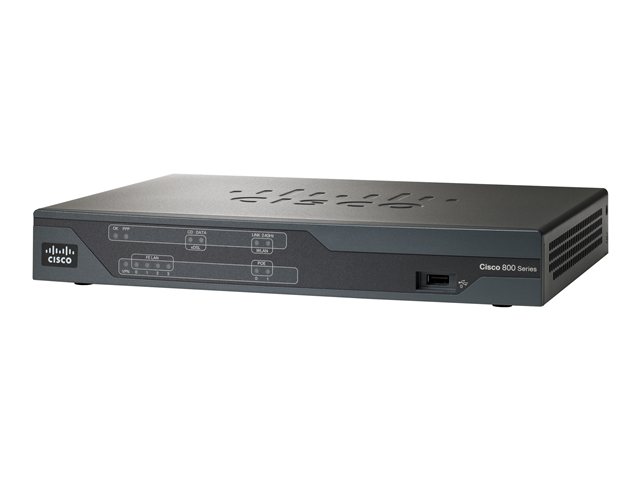 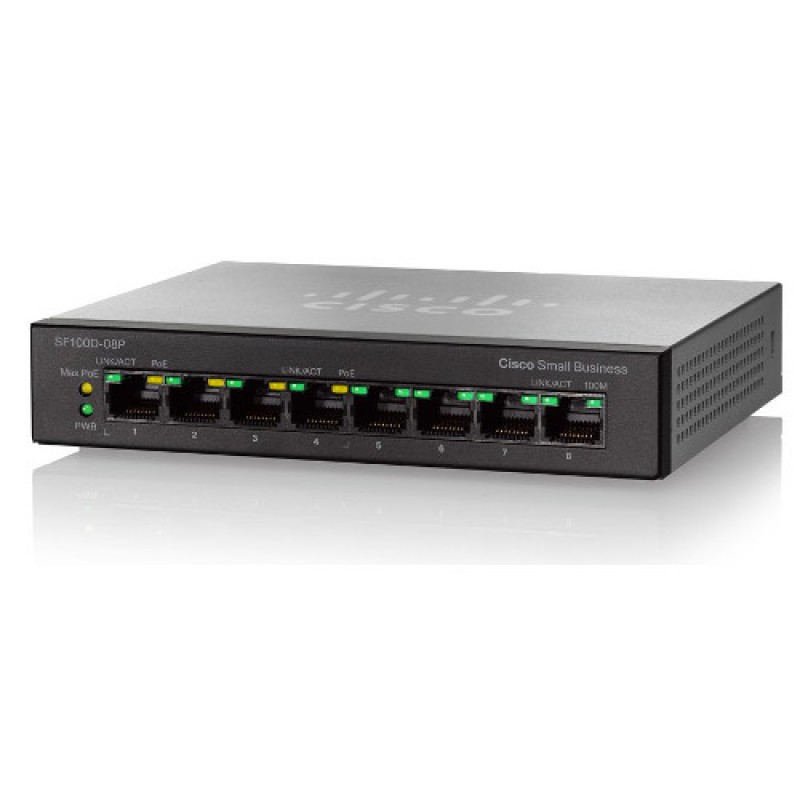 The Cisco SF110D-08P 8-port desktop switch is needed for connecting the ACU (of the VSAT antenna) with the available satellite modem. Direct connecting is also a possibility, but most modems have too less ports for connecting all the required network equipment. By using an extra switch this is prevented. 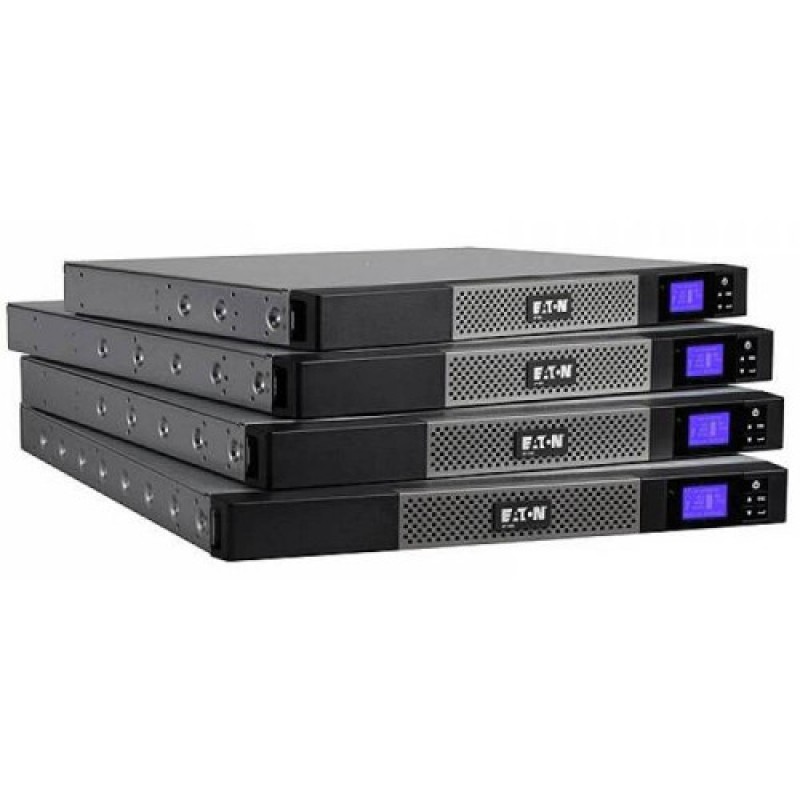 With Eaton UPS possible data loss can be prevented; with this UPS a buffer is created between the PC’s and the required power connection.  This assures, when a power failure occurs, that the complete VSAT internet satellite communication system will be available for an extra 20 minutes with the help of this Eaton UPS. This UPS van be placed in a 19″ rack. 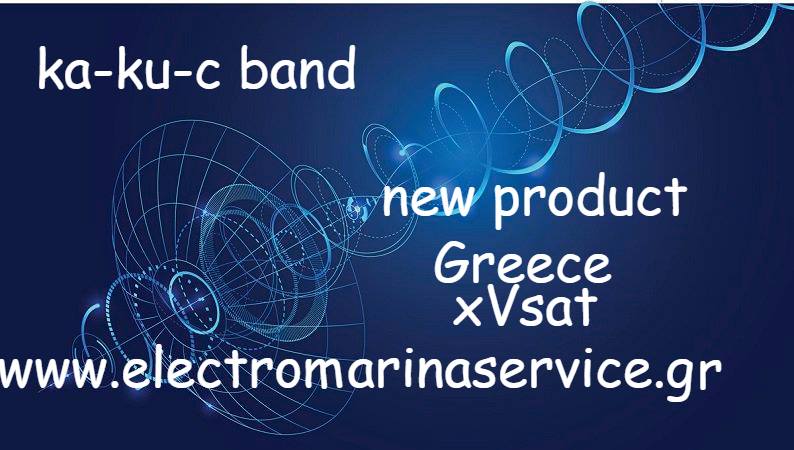 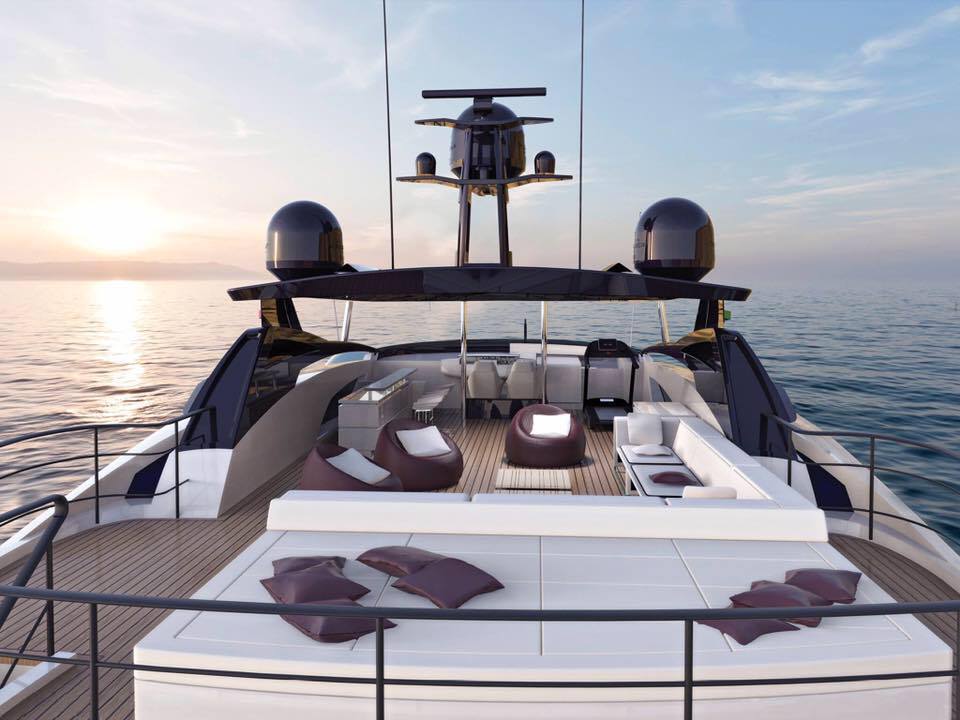 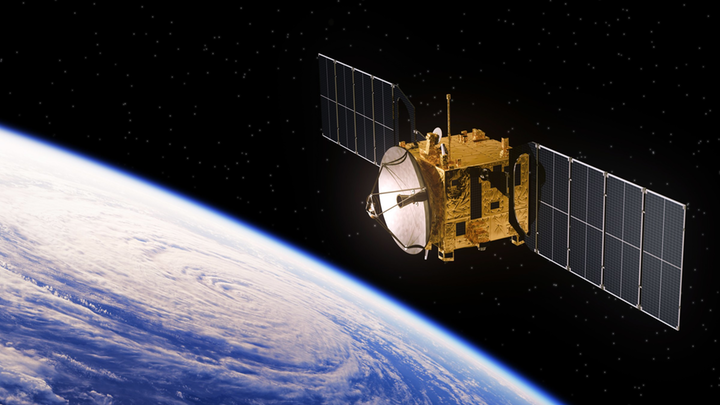